Some people have asked why I don’t give as much attention to making fun of Joe Biden as I do of our current Infector in Chief.

Hey listen, as soon as he’s safely ensconced in the Casa Blanca, and Donnie’s back in Florida walking around in his Crocs, I’ll gladly indulge in some Hair Sniffer in Chief memes!

Till then, though, I just want to focus on two things:

1. getting my ballot(s) in as early as possible,

2. fer cryin’ out loud, counting my calories! I keep SAYING I’m going to, but then I DON’T … 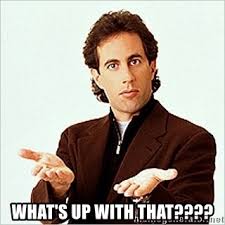 Sigh! Well, maybe if I keep SAYING it, once in a while, I’ll actually DO it! Let’s see if I can do that enough times during the next week to have a loss, shall we? Because if I keep having weigh-ins like this:

Thanks, ex-Prez! Meanwhile, let’s just get on out there in the 150-degree temperature and do a little exercise, shall we? See ya next week!!