OK, as promised, here ’tis – my secret weapon for combatting the creeping return of Teh Fat:

What? (listens to off-camera whispers) Um yeah, it’s a bike. That’s right. YES, that’s what I meant by “secret weapon”! What did you think I meant? 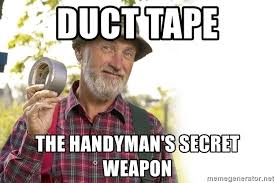 Heh, well, no, as much as I enjoy “The Red Green Show” (hey, it’s my second-favorite Canadian show!), and although I do plan to mention a practical use for duct tape later in this very post, I actually meant THIS: 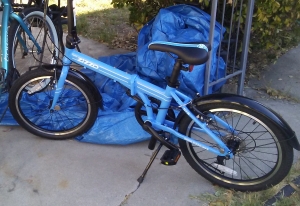 My totally AWESOME new folding bike, hereinafter to be known in this blog as “Little Blue”! And as soon as I get “Little Blue” all tweaked & ready, it’s going to be a permanent addition to the trunk of my decrepit ol’ 2005 Toyota Corolla (aka “Decrepit Blue!”). 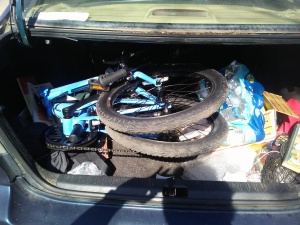 That way, when I’m out driving, enjoying the scenery and ignoring the omnipresent “Check Engine” light on the dashboard (and btw, here’s where the duct tape comes in handy!) 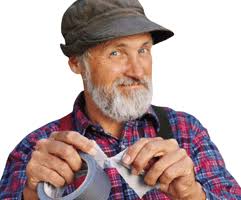 and I notice a park with a really tempting bike path, 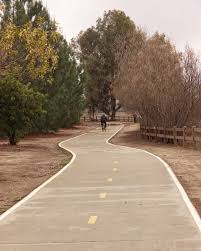 I don’t just drive by, thinking, “Nice, but I forgot to bring ‘Big Blue’ [the Electra Townie] on my hard-to-use bike rack, so I guess I’ll just have to keep driving, and maybe eat some Doritos to console myself!” NOPE! Now I’ve got a bike! So I can stop, take it out, unfold it, et voila! I’m ridin’ – and exercisin’! 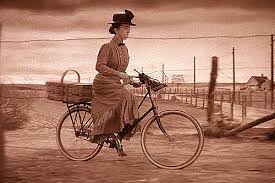 And in case you can’t tell from the photos, I’ve already taken this lovely little bike out on one of the bike paths in the Sepulveda Basin. I kinda had to, because when I unboxed it and looked at it, sitting next to “Big Blue” (my venerable and super-comfy Electra Townie Cruiser), 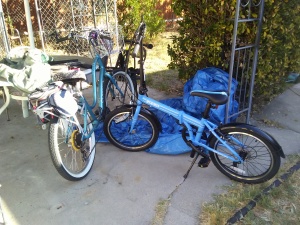 I wasn’t sure it had been such a good idea after all. For one thing, Little Blue has a slightly higher “stepover” than Big Blue, which means, being both short AND clumsy, I knew that at some point I’d trip over it and get some nice blue bruises on my shin(s). 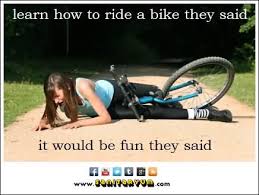 But also, I knew that if I didn’t give it a fair chance – take it out for a real ride it in a safe place, and not just in the narrow confines of our back yard – I’d never ride it at all, and it would just sit back there, rusting away, taunting me. (It’s happened before!) 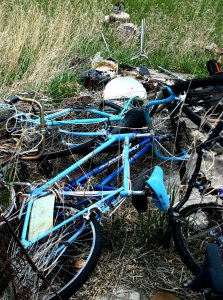 So I folded it up, lugged it out to the car, drove to the Basin, pulled it out of the trunk, and rode it — and it was WONDERFUL!! y’all! Really awesome! I was impressed by how sturdy and well-built it felt, the minute I hit the bike path. Initially, I planned to ride it for about 15 minutes – but I stayed out there for more than half an hour, just cruising along, enjoying the scenery, dodging the Canadian geese and the oblivious pedestrians. 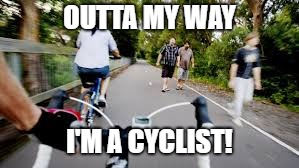 I don’t have a horn or a bell yet, and was tempted to do my Tim Conway, Jr. imitation, 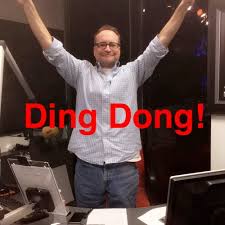 but I decided that might not be the greatest idea. The pedestrians might not have minded, but geese are notoriously violent when provoked. 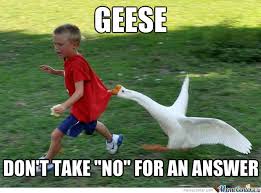 And in case you’re wondering – yes, I did, as predicted, trip and fall over the bike at one point. And of course, it happened at the moment I decided to stop under a shady tree, in full view of an L.A. Commuter Express bus that had, for some reason, decided to stop in the park. Since I learned a long time ago how to fall with a minimum amount of injury (hint: don’t lose *all* your butt fat – it’s there for a reason), I’m sure they appreciated the show. 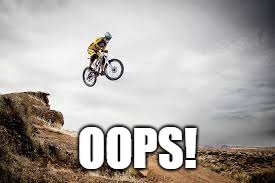 Nevertheless, like a true cowgirl, I got up, brushed myself off, and got right back on the horse – er, the bike! And I rode it back to my car, got off (WAY more carefully this time!), re-folded & packed it up, and went home, to a well-deserved afternoon of rest & “Victoria” binge-watching! 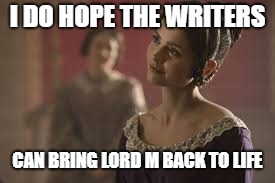 All in all, I’m very pleased with my new Secret Weapon, and plan to incorporate it into my exercise regimen at least twice a week to start, though probably not on consecutive days, as it did kinda wear me out – but in a good way!

Oh, and for those of you thinking, “This is all well and good, but where’s the ‘Friday Five’ part?” let me see what I can do? How about this:

Part 1: Cute names for all my transportation options:

Part 2: Two things I need to get for Little Blue:

There, feel better now? I sure hope so! Enjoy your weekend…oh, and if you’ve got a rusty bike in your backyard, why not take it out for a ride, and tell me about your experiences in the comments? 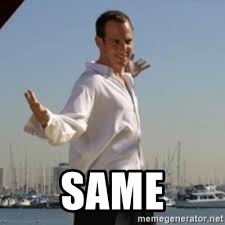