Well, good morning, all! I trust you had a scintillating weekend. As you may recall, last Monday I was a bit forlorn, having gained a couple of pounds during the celebration of Christmas.

And last night was yet ANOTHER Christmas party (belated, unless of course you’re Eastern Orthodox, which we ALMOST are, but not quite, being Byzantine Catholic and thus classified as Orthodox wannabes by the True Orthodox, but of course, that’s getting into religion, and I wasn’t going to do that with this blog, so nvm).

Anyway, the party was for anyone who works at our church, and since my husband and I are cantors (fancy name for “singers”), we qualify, so we went. It was a nice dinner, at a restaurant called Tam O’Shanter in Los Feliz.

It’s actually a pretty cool restaurant, which has been around since 1922. It’s sort of a Scottish steakhouse, but thankfully, no haggis. 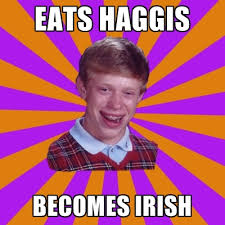 And yeah, I guess that’s me because even though I didn’t have haggis (bleah!), I did have an Irish-ish drink, Kahlua with Bailey’s Irish Cream. Between that and the delicious prime rib steak, I was a little worried about this morning’s weigh-in. However, my husband and I had planned ahead for this, having a very light lunch to conserve our calories, so I’m happy to reveal my Weekly Weigh-in is: 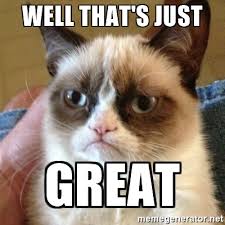 Now I guess I can finish that leftover prime rib for breakfast. (No more Kahlua, though.) Have a happy Monday, everyone!